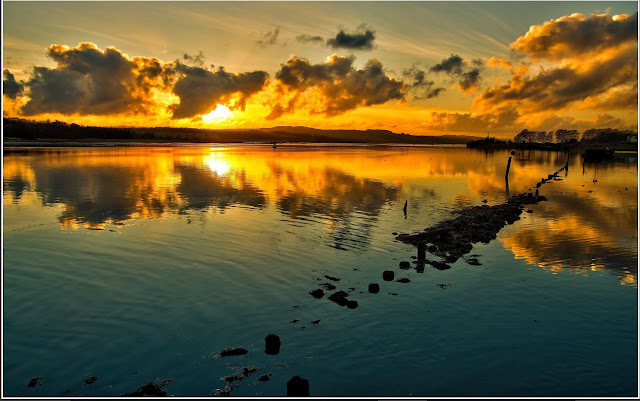 Tommy, a young hothead, was not a very patient or even a "calm" person.

If things didn't go his way, you could just imagine what happened.

As Tommy was in a crosswalk walking across the street a car nearly hit him.
Tommy banged on the car and yelled,
"Hey moron, do you know what a crosswalk is for? Its what us pedestrians use to cross the street!! Great job nearly running me over!"

Everyone was so surprised at the way he lost it.

Later that night, he was caught off guard when he heard a voice.

"Just Be C, Tommy," it uttered

"What? What are you talking about? Who are you?"
Tommy asked in a confused state.

"You will know when the time is right!"
it said back to him.

The next day on his way to work, he could not handle all the dam traffic in front of him not moving an inch.

Once again, Tommy was banging on the horn and losing his temper,

"Goddamit! WTF, does this always happen to me?"

"Just Be C, Tommy,"
the mysterious voice pleaded with him.

"What? You again? I thought you were a dream! Where are you?"

"You will know when the time is right,"
it said back to him.
After work, he went to pick up his GF, Sara, and when he got to her house, he saw some guy hugging her!

"Hey numbnuts, what are you doing with my girl?"
he demanded.

Tommy forcefully hit the guy and broke his nose.

"Hey Tommy, that's my cousin, why are you hitting him?"
Sara asked.

"No guy touches my girl, besides, I didn't know he was your cousin anyways,"
he said.

Then he hears the voice again!

"Did you hear that?" he asks Sara.

"What? Hear what?" Sara responds.

"You will know when the time is..."
Tommy cuts the voice off.

"Yeah I know, when the time is right?"

Finally, Tommy and Sara are driving to the beach, while Tommy is calming down.

All of a sudden, a car swerves and hits Tommy's car and he and Sara go off the edge of the embankment!

Tommy is in shock not knowing what to do or say. Then he looks at the horizon where the ocean meets the sky.

Then the voice doesn't quite know what to say.

"Tommy, why are you not completely enraged?"

"Well,...."
Tommy begins,
"I finally get it. It has taken me a long long time but now I understand...."
he tells the voice,
"All those times you were telling me to Be C? It means Be Calm doesn't it?"

"Why, yes you are correct, but how can you be calm when Sara just passed?"

Tommy explains,
"Because she is in a much better place than I am" 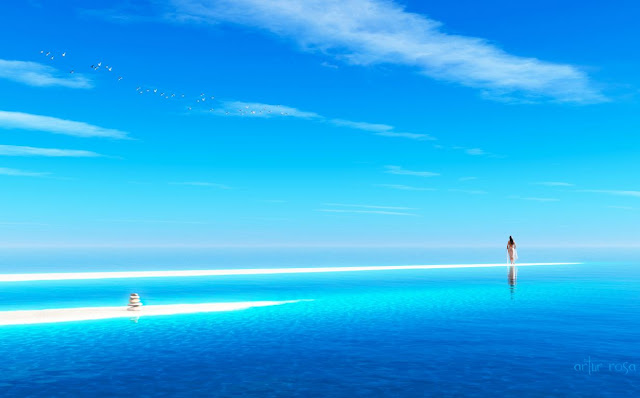 "Yes, you are right again. And as your reward for finally understanding Be C, I will let you join her in eternity as her soul mate, if you desire?"

"Yes, now float to the sky as you are lifted and not afraid of anything"
the voice exclaims.

"Thank you very much, voice! I will live my BEST life now. Maybe I will see you again?"

The voice answers him,
"You can count on it when the time is right"