Ever since I was involved in kink, I have always wanted to try being restrained.

Straps, rope, even handcuffs if I was desperate. I decided to join a rope event.

It was a rope social.

What could be better?

Learn about rope while at the same time, be social with others in the same community. It was to happen this Thursday.

I showed up and there were about 20 people, and as always I was the odd one out. Everyone else had a partner except me.

and lonely little me.

WTF else is new?
I should have known!

I just sat there for the 1st half of the event waiting for someone to be available and thinking that maybe someone would show up late. 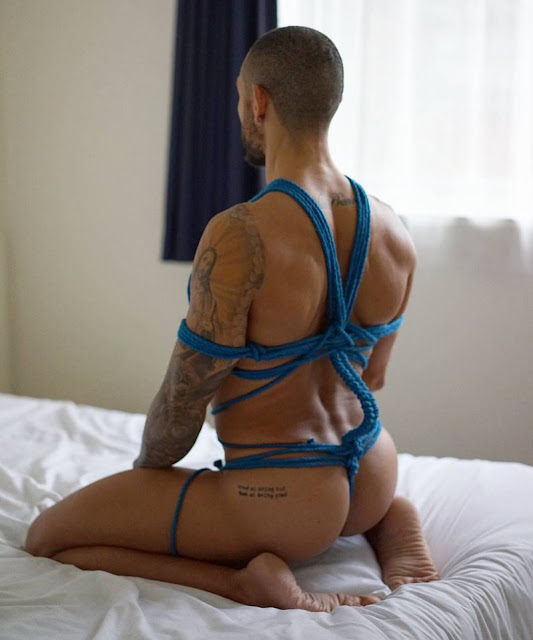 After a couple of hours, someone approached me and asked what I was doing just sitting by myself.

I didn't know where he came from. I didn't notice him earlier. Did he just show up?

I was wanting to say, "Well do you see anyone willing to tie me up?"
But then I would show my frustration and come across the wrong way.

So I instead said,
"Well, I just came and forgot to arrange for a partner, so now I don't know what to do."

He advised me,
"Well, usually there are enough tops for the bottoms but this instructor isn't really that concerned with new people."

Well, that's just great!
I wanted to express my true feelings but before I could say anything, he then told me,

"I feel kind of bad that this happened to you, so if you wanted to meet sometime, I could try some things on you if you want? I'm kind of new too," he expressed.

Wow!
Did I hear correctly, did some good come out of this lonely night?
I was so thrilled that we set up a time to meet next week.

We were set to meet Wed night since that is the only time he had free. So while I was talking to my friend the night before, who has been doing this whole kinky thing for around 15+ years, I told her about my upcoming meeting with this new guy. So as I was telling her about my exciting wed night coming up, she asked me about vetting?

"No, VETTING! It's where you ask him about who he is, what he does and his safety practices, like does he have cutting shears for the rope in case he can't get you free?"

I was so dumbfounded!

I thought that everyone is ok and safe, after all, he was at the meeting,
so how could he NOT be safe?
Besides, what is there to it?
You tie someone up and you untie them when they are ready to be free?
Right?

Well, Wednesday night came and he was here to pick me up. He didn't want to meet at his place after all. He said that his kids would be in bed and didn't want to wake them. I thought that was perfectly understandable.

But wait a minute,

Where were we going if we weren't going back to his place?

So I inquired,
"Uhm, where are we going then?"

"OH, don't worry about it. I will take you to my work. No one will be there, so we will have total privacy. Whether you like to be tied to objects or in a fetal position, you will be well taken care of."

I then asked him about his safety shears.

"Oh no worries, I have been doing this for over 5 years, and never needed them yet," he told me confidently.

5 years?
I was thinking to myself.
He said he was new, didn't he?

He then had an answer for that,

"Oh yeah, I meant new here.....in town. I have only been here for a year now, but I have been tying people up for years now."

Oh well, I was kind of relieved now. I didn't want to sound like an interrogator so I just relaxed until we finally got there and he led me through a semi-dark yard to a mysterious tunnel.

Then I had a lot of thoughts running through my head,

Why so far out in the middle of nowhere?

What if I run into trouble?

If he was at the rope social he must be ok, right?

Why do we need to be in a dark tunnel that leads to who knows where?

Ok readers, if you are still with me the climax is coming--you won't be disappointed.

Well, against my better judgment I conceded with his directives.

We go into the tunnel for what feels like a hundred feet or more. The only light there is, is from his flashlight.
I didn't want to think what happens if it fails.

We finally stopped and after I caught my breath, he found a ladder that was really just rungs stuck on the side of the tunnel wall.

He was very comforting while he tied me to the rungs, checking on me constantly making sure I was safe.

Yeah, this guy is fine,

why was I worrying so much?

Now I for some reason felt safe and secure, my legs were tied together with my ankles crossed, my arms were above me tied tightly up on the 4th rung. The only part of my body that I could move was my neck. So I could look around in any direction, whew!

He checked on me one last time.

"Now how do you feel? You are perfectly comfy?"
he conscientiously asked.

"Or you will ever feel!" he blurted out. 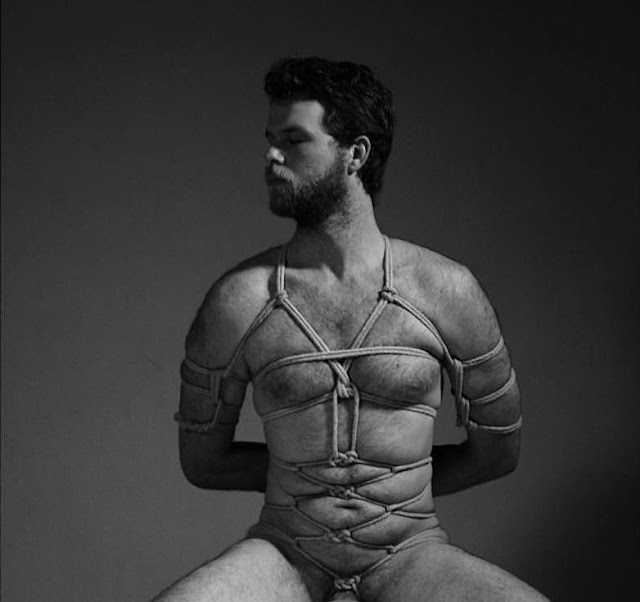 My heart was BROKEN!

I didn't know what to say or how to feel,

Am I going to die?

Am I really this fucking stupid?

So then I just looked up at him as if to say,
"what do you mean, can you tell the future?"

I wanted to make sure that I heard him correctly, so I really did say,
"Uhm, what did you say?"

He then confirmed my terrified feeling,
"Well, yes. I had my fun but now I have errands to run."

I am hoping he does not mean what I think he means.

Then as if I haven't been confused so much by now, I inquire,
"What kind of errands are there for you at ten o'clock at night?

"Oh my god!
AMAZING!!
That's the first intelligent thing you have said since we met!"
he says in a victorious tone.

"I'm very tired now and its bedtime for me,"
he states as he starts to leave.

"So you are just going to leave me here, in this vast darkness, and therefore killing me making you a murderer!" I yell out.

He then gets very irate, clarifying what he is,

"Now listen to ME and listen carefully, I am only going to say this ONCE!
I am not a murderer!
I am a RIGGER!
I only did what you requested. I tied you up because YOU wanted me to. As a rigger, I tie my victims up, I don't do anything else whatsoever.
GOT IT?
Now you do whatever you have to.
If you get free, then you will have to choose your next move.
If you get dead, then you won't have choose."

I was just too broken to do anything.

After everything my friend said, I didn't even listen to her. It's my own stupidity.

Do I just stay here and die?

Do I try to get free, even though he has tied me uptight?

How can I get free anyway, even if I want to?

But then a couple of hours later, since I have been fidgeting so much, I notice that my feet are feeling less constricted.

Is it my imagination?

Then I check my hands and they feel looser too?

Ok, maybe I do have a chance, as slim as can be, but it is still a chance!

I continue to struggle, and to my amazement, the rope gets looser and looser as I continue to attempt to get free.

I was very thirsty, so I knew I had to break free to drink anything.

After about 2 hours of battling and brawling with the rope,

The rope was finally BROKEN,

Now I have definitely spoken!

"Look at me
I'm finally FREE!

Whew!
Did you actually get through the whole story?

Now for the Moral:

ALWAYS VET!!
Ask any and all questions you need to in order to feel safe.If you have to ask 20 or more questions to be safe, then ask that many!
If you must sound like an interrogator, then interrogate the shit out of him!

Make sure to get referrals. But check them out too, because he may just give you referrals that are working for him.

Demand that he proves what he says.
Does he really have cutting shears for the rope?

If, god forbid, you are ever in a similar situation, don't give up until your heart cant beat another beat, or you have stopped breathing.
In short, DONT EVER GIVE UP!

If you have any other suggestions for safety, then be sure to put them in the comments.

Thanks for reading this whole story.
Labels: April 2020