My tribute to my loving father

Tribute to my wonderful loving Father

He was always there for me during the different situations that caused me undue stress, during turbulent situations, while growing up. The 1st time, I remember I was a mere 10 years old and in a bowling league with my friends. When I got into an argument with one of them who was in my league and got pushed to the ground, I left the bowling alley and went to the first place that I saw to call home. This was back when cell phones were not invented yet. The place was very intimidating as it was a bar that was not in the greatest area. They called it Jonathan's.
But in a matter of minutes, my Dad courageously entered and accompanied me back to the bowling alley to have me resolve the problem on my own with the guy who had pushed me to the ground. 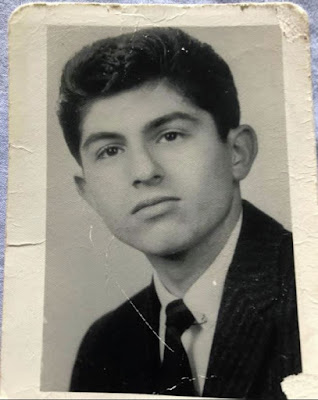 He stood his ground during conflicts which made Him the great man that He was. Even though an imbecile raised a bat, Dad got the plate number of the perpetrator's car before he left to go call the cops. He would not start any fight because he said that it would be a bad thing for me to see, with me being so young and impressionable there in the face of conflict. He always handled the situation appropriately with patience and candor to resolve the problem before it escalated to further conflict. I asked Him why he didn't do anything and He said,

" It takes 💪 to be kind and gentle, especially in front of you, son."

Then later in life when I was just a punk kid out of high school into the military, He came to my aid yet again.

I wanted to be a great soldier in the army, but the Captain & 1st SGT were very adamant about me being ejected after a conflict between me and my platoon SGT, but I would have lost my military benefits. My Dad drove from Vegas to Oklahoma to make sure that I was not wrongfully discharged. He met with the CPT and I remembered that he sat down with him and spoke with him about my continuing opportunity to be a part of the military team as a great fit for the role of specialist, E4. I walked into the captain's office and saluted just as I was always expected to. Whatever magic my Dad performed must have worked like magic, since eventually, the CPT had agreed to let me stay & continue to be a great specialist in my field.

I had to grow up instantly into a new man whether I was ready or not as my Dad was taken away from me very abruptly. He left me so suddenly that I was not expecting it to end 3 gunshots later.
I was just 25. This was just Sunday around 7pm when he was taken away and even made the news both locally and as far as PA and NY.

Monday morning while I was working, Ron, my family friend, came to my workplace and he was very serious. I could already sense something wasn't quite right.

He just essentially blurted it out to me,
"I will just tell you straight out, Your Dad's dead."

At this point, I could not have imagined that He was murdered. A Man that was always beyond reproach and would not even think of hurting anyone else was blatantly and without regard for human life, taken away from me in an instant. He was a better man throughout His whole life than I will ever be.

His best friend Gary said, during his eulogy, that,

"He was so gentle He couldn't even hurt a fly."

The only reason that He was taken away so suddenly was to assist his mother from a dangerous situation. There was no rectifying the conflict with the individual who had been drinking and on drugs, above the law and committed suicide, thus alleviating any recourse at all.

My Father was also the only local family I had.

Thanks, DAD for taking the time to be a part of my life as a great mentor, teacher & instructor. Yes, a fantabulous Father too!

Love you so much for your time and perseverance in raising your sons.

May you RIP for an eternity,